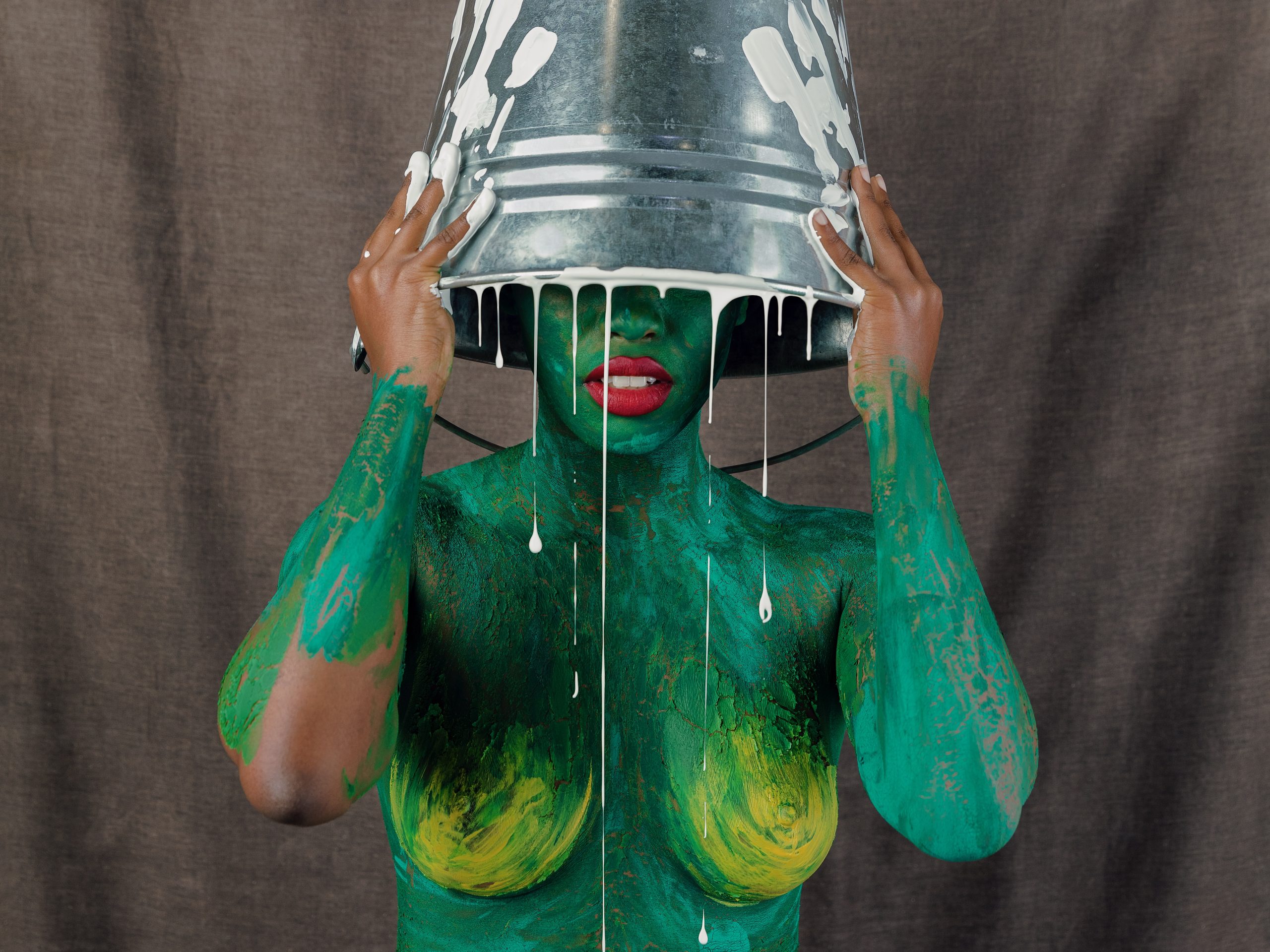 Through Milked in Africa, a series originally begun in 2016, Tony Gum uses photographic self-portraiture to emphasize the role heritage and culture play in capturing African art history. On view here is the updated series, including new works created in 2021, which explore contemporary narratives of exploitation and commercialization.

South-African, multi-disciplinary artist Tony Gum locates her native Xhosa culture and history as central levers with which to draw and derive meaning in the world. For Gum, meaning is explored through self-reflection, examining what it means to be a Black woman in the 21st century.

Gum uses self portraiture, where she is painted green and staged with milk in various stages of production throughout this exhibition. The milk serves as a metaphor to challenge the pervasiveness of the post-colonial agenda, not only in South Africa, but throughout Africa and its diaspora. Gum’s figuration playfully depicts the exploitive legacy of colonialism and its implications still with us here and now.

I’m not making work exclusively for the art world alone. The message is for my people. There’s so much richness in us that should be embodied and glorified.

Tony Gum, born in 1995 in Cape Town, South Africa, is a multi-disciplinary artist whose practice blends photography and graphic design with more traditional mediums such as painting and sculpture. Through her art she gives voice to key local and global issues such as gender, colonialism, globalization, and identity. Her staged color photography is rooted in her heritage as a Xhosa woman and is influenced by other African photographers, most notably Malick Sidibé and Zanele Muholi.

Gum first rose to prominence for her Black Coca-Cola series, on view here. These first self-portraits earned her an enormous following both in South Africa and beyond. Since then, she has made waves both commercially and in the art world. Gum received the Miami Beach Pulse Prize in 2017 for her series Ode to She which explores her ancestral culture. Her bold portraits draw on the rich visual language of fashion editorials, using costumes and props to deliver incisive social commentary for the moment.