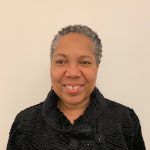 Denise L. Greene joined the Art Students League of New York in 2004 and founded the Seeds of the League program in 2010. She is a graduate of NYU Stern School of Business and Milano School of Policy, Management, and Environment. With more than 20 years of experience working with nonprofit arts organizations, Denise is dedicated and passionate about expanding access to the arts in underserved communities. In 2021 she earned her certificate in Botanical Art with honors from the New York Botanical Garden and is currently continuing her printmaking education at the Art Students League of New York. 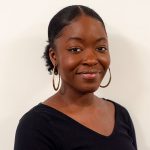 Halima Konteh earned her painting BFA at SUNY Purchase with a double minor in Art History and Global Black Studies. Working primarily in oil and acrylic paint, Halima’s work features textiles, patterns, and fabrics customary to her Gambian heritage. She works around religious restrictions of aniconism by using methods such as cropping and abstraction. Halima’s work endeavors bridging the gap between what appropriate methods of art making can be from a personal and cultural perspective. 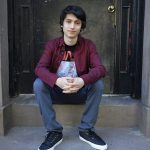 Leonardo Cross was born in the United States, but moved to Peru as an infant. Leo demonstrated a passion for filmmaking at a very young age and made his first film at the age of twelve. At sixteen, he left his family and friends behind to study film at The High School of Art and Design. Currently as a high school senior, Leo is a directing fellow at Reel Works and a third-year fellow at the prestigious Ghetto Film School. Leo’s experiences as a Peruvian immigrant influence his work as a Writer, Director, and Cinematographer. He was awarded a national Gold Medal at the Scholastic Art Awards, 1st place ($12,000) at the ABC/Disney Get Reel With Your Dreams Competition, and 1st prize ($5,000) in national filmmaking competition, Lights Camera Save! sponsored by the American Bankers Association. 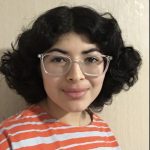 Noelani Renderos is a current senior at Bergen County Technical High School – Teterboro, majoring in Commerical Art and Graphic Design. Noelani has been a Seeds of the League scholarship recipient since 2017. She expresses herself by bringing all the worlds she thinks of to life. Taking classes at the League has helped her to further develop her art practice. Noelani is passionate about promoting the Seeds program so other students can have the opportunity she has had working with the League’s incredible teachers. She plans on continuing art making in the future as she pursues a career in concept art and animation. Noelani was awarded Gold and Silver Keys by the Scholastic Art Competition. Her work was also selected and featured in the Celebrating Art 2017 Publication